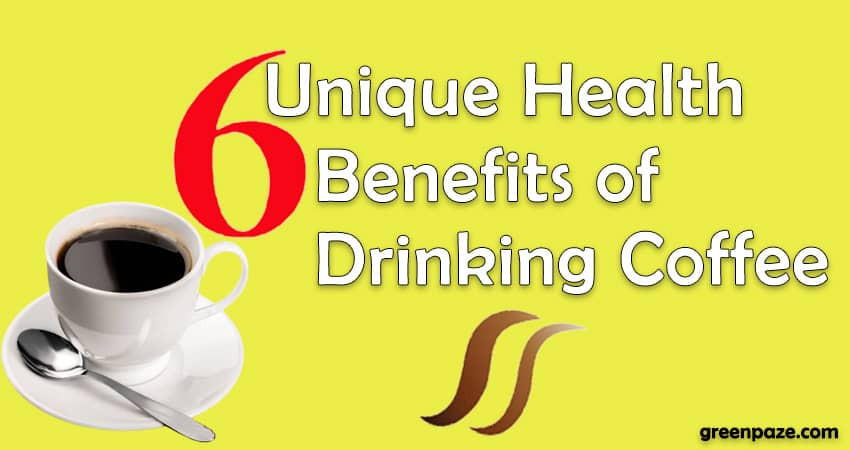 Coffee, one of the most consumed beverages in the world, has been investigated by numerous scientific studies. Of late, few studies carried out confirm that moderate consumption of coffee has health benefits that go beyond its stimulating capacity of caffeine. The benefits of coffee mostly come from the presence of caffeine, but it contains many other nutrients and components, so decaf or decaffeinated coffee also has benefits. In a day, drinking about three cups of coffee, be it coffee, helps you as follows:

Caffeine is a natural metabolism booster. In fact, it is present in almost all fat burners available on the market. One of the most advantage of coffee is that it contains few natural substances that helps burn fat. This happens because caffeine increases adrenaline levels in the body, and releasing fatty acids directly from fatty tissues.

A trusted source studied in 2019 that drinking coffee have a well association with weight loss and along with this findings found that it has a greater association in men than in women.

Thus, coffee is useful to help lose weight, but always as a complement to a balanced diet rich in vegetable products and the practice of physical exercise. In addition, in these cases we should consume coffee alone, without sugar or milk.

In a single cup of coffee, you can get the following vitamins and minerals:

💢 Riboflavin: It is another name is vitamin B2 that is essential for the production of red blood cells.

💢 Niacin: is another of the B vitamins present in coffee (vitamin B3) that helps control cholesterol and keep the skin, nervous and digestive systems healthy.

💢 Pantothenic acid: also called vitamin B5, it is necessary to metabolize food and obtain energy from it, whether it is carbohydrates, fats or proteins.

💢 Manganese: This mineral is key to the production of cartilage and is of great help in preventing osteoporosis. In addition, it improves memory, reduces tiredness and irritability.

💢 Potassium: This micro-nutrient is essential for muscle health, and also helps counteract the negative effects of sodium in people with high blood pressure problems.

💢 Magnesium: This electrolyte helps regulate blood sugar levels, and regulates the functioning of the nervous, and muscular systems.

3. It is Rich in Antioxidants

The greatest benefits of black coffee are that it is a drink rich in antioxidants, especially polyphenols, which are partly absorbed by the body.

Coffee is especially rich in polyphenols that act against free radicals (Free radicals act like a toxins in the body, and may cause inflammation.) and some heavy metals that cause tissue aging and help prevent diseases and maintain good health in general. Some researchers have given suggestion in their paper in 2018 that the antioxidant content of coffee may offer protection from metabolic syndrome.

4. Decreases the Probability of Contracting Diseases

Various studies have shown that consuming coffee daily reduces the risk of developing chronic diseases such as:

For several years, the relationship between coffee consumption and neurodegenerative diseases such as Alzheimer's and Parkinson's have been studied. The conclusion of all of them is that regular consumption of coffee reduces the probability of suffering from these ailments in the future.

Reduces the Risk of Type 2 Diabetes

Another benefit of drinking coffee for health is that it reduces the chances of developing type 2 diabetes. Several studies link a consumption of three or four cups of coffee a day, also decaffeinated, with a 25% less chance of suffering from this type of diabetes. The mechanisms by which coffee influences the development of this disease are not clear, but it could be due to its antioxidant, anti-inflammatory and thermogenic effect.

5. Coffee could Benefit Your Heart and HelpYou Live Longer

We have already seen that among the advantages of coffee is that it protects against coronary diseases. In 2017 National Library of Medicine has published a research paper on coffee consumption and health and found that caffeine consumption may have a small benefit for cardiovascular health, including blood pressure.

Coffee has traditionally been associated with an increased risk of heart disease due to the stimulating effect of caffeine. The truth is that not only is it not dangerous, but drinking coffee is good for the heart and can even be taken by some hypertensive people, since its effect on hypertension is not as important as it was supposed in the past.

A study published in the journal American Heart Association indicates that the consumption of up to four cups of coffee a day has a cardioprotective effect and this is thanks to antioxidants. In this sense, decaffeinated coffee has the same effect on the heart without the discomfort that caffeine can cause in some people.

Drinking coffee daily in a moderate way decreases the probability of developing liver, and colorectal cancer, one of the most frequent types, and with the highest mortality among the population.

The largest study on coffee consumption that has been carried out lately is the one carried out by the US National Cancer Institute in 2018. Its conclusions on the benefits of coffee are surprising: the higher the consumption of coffee, the lower the mortality rate from cancer, stroke and coronary heart disease. This is an ambitious observational study whose conclusions cannot be taken as definitive, but it does provide relevant and interesting information for further studies on the properties of coffee and its effects on health.

Without a doubt, coffee has properties and direct benefits for health. But above all, having a good coffee is a pleasure. It is the gesture of every morning when waking up, to start the day on the right foot. Coffee unites us, favors social relationships when we meet for coffee and chat. Indeed, there is no doubt that coffee puts us in a good mood, and this is also a great beneficial for our health.

Avail The Tracheostomy Care In The Home Itself

4 Things to Remember while Choosing a Chiropractor