Robbery is a violent offense, and is typically categorized as a third degree felony. It is a theft crime that involves force or intimidation with the intention to permanently deprive the victim of property that is lawfully theirs. Robbery is more serious than other theft crimes like shoplifting and pickpocketing, as it involves the use of a weapon to threaten the target. Armed robbery may include the use of a gun, knife, baseball bat, or any other object that is capable of inflicting a serious injury. The defendant will be charged with robbery even if the gun carried was fake or unloaded, because their actions were enough to trigger fear in the alleged victim.

If you have been accused of robbery, you should hire Criminal Defense Attorney in Dayton, OH, to avoid conviction or prevent a harsh sentence. Several defenses can be used in robbery cases to escape liability or have the charges reduced to that of a lesser offense with minor penalties. Blow are five common defense strategies used against charges or allegations for robbery:

You can prove yourself innocent if your alibi overrides the incriminating evidence presented by the prosecutor. If you were someplace else at the time the crime was committed, someone reliable should be able to vouch for you. Footage from a security camera, time stamps, tickets, or anything else that supports your alibi should work. If multiple eye witnesses are ready to defend you, it shall become easier to demonstrate your innocence. Bear in mind that you don’t have to convince the judge or jury that you are not guilty. Casting reasonable doubt over the prosecution’s case is enough to clear your name.

The prosecution has to prove your fault beyond a reasonable doubt, so you may not have to worry if their evidence is circumstantial at best. If the evidence was collected illegally, such as during a search without warrant or reasonable doubt, it would not be admissible in court. To can provide your own evidence that undermines everything they have against you. You will not be incriminated unless the prosecution can fulfill the burden of proof.

Entrapment and duress can be hard to prove, but the charges are off the table if you pull it off. Entrapment entails that you were purposely framed for the crime; the person who was allegedly robbed could be the one to set you up. Duress means that you committed the crime against your will because you were threatened or coerced into submission. It is vital to show that you would not have gotten involved if you had a choice, or if your life wasn’t in danger.

Intoxication is not the best excuse against robbery charges, but it may work in getting your charges reduced. If the intoxication was not intentional or you were drugged without your consent, you may press charges against the violator. If you were deliberately drunk or high, you might still be able to obtain some concession in penalties.

If you borrowed someone’s stuff with their consent, or somebody accused you of stealing something that already belongs to you, you may contest their claim. You can prove your ownership by providing legal documents, presenting a purchase receipt, 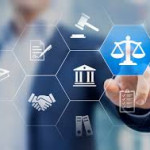